The reasoning behind this redux is a switch from Decoction to Moka Pot brewing. The original Decoction review can be read at: https://bit.ly/2Nvo5hc This 2d will not reference that 1t. You should read it anyway. It is superbly written.

Leathery. Suede. Chocolate up-front, a brownie-type thing (corner piece). That braced by black peppercorn, whereas the profile writ large gets a hickory structure. Behind the up-front is a corners of the tongue ripe fruit of cordial cherry w/ the fruit part extending further-out. Then roasted orange, deliciously. Lip-smackingly-so.

Undertones ride high & hidey. There's also a mushroom buttery savoriness, some crisply delivered spice rack. A bit pumpernickel over-top a compost manure underbelly. Almost a boozy whisper in the nethers extends to finish. That finish is long bitter-sweet, then clean, crisply. Quite nice. Not overly complex all told, but a nuanced brew nonetheless, albeit a bit fleetingly. The hot cup flirts charcoaly but cools far from there. I will use "far" again in the upcoming paragraph. A distant brew?

Aroma shows a tick of that hooch but predominantly is a muted sweet thing, fuzzily-so. A no-nonsense cup w/ a somewhat curbed character... impish but on its best behavior. Balanced well, structured very well. Delineated superbly. However, some void exists 'tween those delineations. With a greater character, I'd believe harder that void as unplayed jazz notes. As is & all told, far from egregious is all that. A serviceable brew which needed to let its hair down some, or regrow its soul patch. 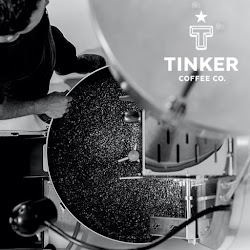 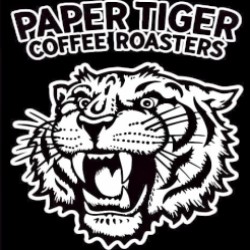